SOLIDS++ has sufficient breadth and depth of functionality for most 3D design applications.

The combination of traditional Solids Modeling Tools with Polygonal Modeling Tools make it a great choice for AEC applications development. The Curve and Surface Modeling Tools also make it great for applications such as industrial design and graphical design. The fast intersection, ray-tracing and query tools make it suitable for analysis applications such as CMM, Optical Analysis, and NC. The native Non-Manifold Topology and tessellation engine make it an excellent choice for FEM analysis packages. Hidden curve removal is useful for drafting, drawing production, and documentation generation. 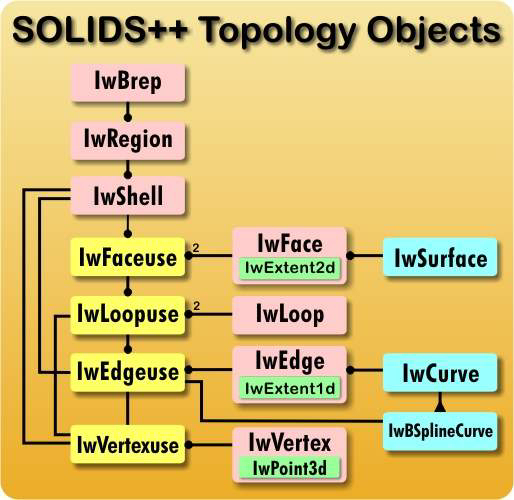 The feature list includes the important high level tools and is not an exhaustive list. For a comprehensive list of all of the classes and associated methods see our SOLIDS++ documentation license form which is online. Click "Documentation" to the left.