Solids Sharp has sufficient breadth and depth of functionality for most 3-D geometric modeling applications.

The combination of traditional Solids Modeling Tools with Polygonal Modeling Tools make it a great choice for applications development in a large number of industries. The Curve and Surface Modeling Tools also make it great for applications such as industrial design and graphical design. The fast intersection, ray-tracing and query tools make it suitable for analysis applications such as CMM, Optical Analysis, and NC. The native Non-Manifold Topology and tessellation engine make it an excellent choice for FEM analysis packages. Hidden curve removal is useful for drafting, drawing production, and documentation generation.

Why the C# Language?

When we first started working with C# it was more out of curiosity than the real belief that we could implement complex, performance critical geometric modeling software using the language. After some initial prototyping and conversion of some of the Polygonal Modeling tools, we became convinced of two things. First, we were certain that I could achieve equivalent or better performance with C# after some rework of the algorithms and data structures used by the Solids++ kernel. Second, I was personally convinced that in terms of my personal productivity I would never go back to programming primarily in C++. Having used C# now for over 10 years nearly exclusively, my belief is that there is between a 4 times to a 10 times productivity gain in developing geometric modeling software with C#. In terms of software maintenance cost, I believe the difference is greater than a factor of 10.

Over the past 5 years we have developed an extensive set of Reverse Engineering tools on top of the Solids# kernel (Solids# Apps) that are far superior to anything currently available on the market (See the Cyborg3D MeshToCAD video). See Power Surfacing RE and Cyborg3D MeshToCAD on our nPowerSoftware.com web site.

The following list summarizes the major advantages we see for utilizing C# to develop Solids#, Solids# Apps, and the Cyborg3D standalone: 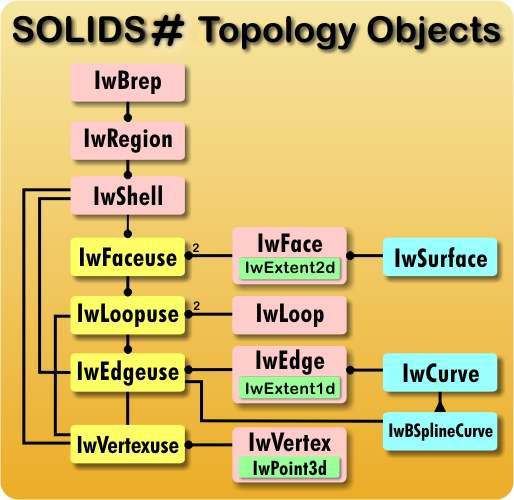 The feature list includes the important high level tools and is not an exhaustive list. For a comprehensive list of all of the classes and associated methods see our Solids Sharp documentation license form which is online. Click for Documentation Evaluate License